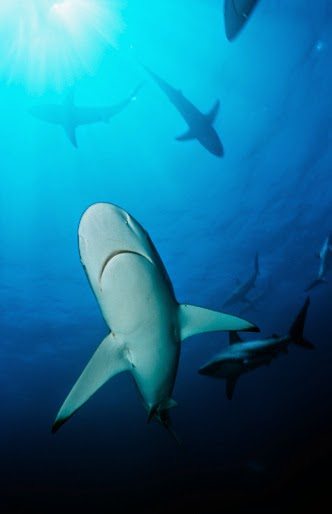 So, I’m not religious about watching ABC’s Shark Tank, but I enjoy watching it from time to time. What fascinates me about the show is that I have learned more about the realities of the business world from this show than from any of the business courses I’ve taken. I’m not knocking the courses, but those really are “textbook” knowledge, which—I find—is a lot different than the real world. I actually wish this show was around before I started trying to sell my books or interact with publishers. So, I decided to list the three things this show has taught me about marketing in the “real” world.

1. It’s not just about sales, but it’s about how long those sales took. This is one thing that the book industry might not look too closely at, but I have found agents tend to look at this as well. I’ve sold 1000 books in a month sounds a lot more impressive than 1000 books in 10 years. I’m not docking the milestone of 1000 books. But, with the emergence of independent authors who can keep books published for a long time, I think it is something to consider. What I found through the show is that sales don’t just signal money, but likeability. Are you “trending”? I still find that concept weird, but that doesn’t make it any less true.

2. People may not like you, but that doesn’t mean you won’t work out. I saw an update show that revisited people who had a appeared on the show. One didn’t have any takers and yet is now making multi-million dollars. Another one only snagged one shark while the all the others marked the deal as a mistake. Just like the first, this person was making a decent living as they watch their business continue to grow. Now, granted, they had a nice TV show to help launch their exposure, but not everybody on the show “made it.” What this showcased is that while some may adamantly believe you are not going to “make it,” that doesn’t mean they are right.

3. All success falls on the product. I’ve seen some awesome pitches, but everything falls apart when the sharks further examine the product. I’ve also seen some horrible pitches that result in a successful deal and business. I think many will admit that, while being a good marketer will help, the number one influencer on success is a good product. We need to gain exposure and maybe some people to back us, but ultimately if the product is not good then the career will fall flat. With social media, careers can end even faster. So, it is important to put our best foot forward.

Ultimately, I believe it is important to be authentic. Also, let’s talk about our books often, but don’t be self-centered. The world demands we prove ourselves, which is hard. It’s an uphill battle, but one I’m willing to fight. What have TV shows taught you?