The Lord of Nightmares Sneak Peak 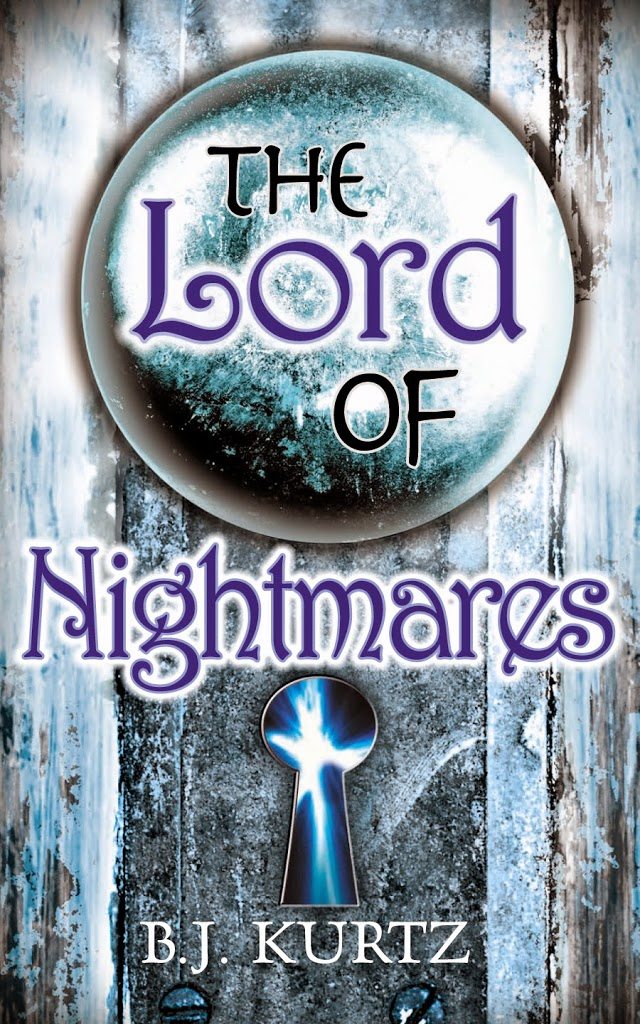 My former books are being re-released through Amazon this weekend. For this reason, I thought it would be fun to release a sneak peak from both novels this week. The one below is from The Lord of Nightmares, a paranormal novel. For a description, click here.

Madison looked up at him, shocked at the sudden coolness in his voice. His eyes were slit. Madison shivered, dropping her gaze.

After a long silence, he said in a calmer voice, “Now, what do you say we get down to business?”

Madison looked up. Finally, he was going to tell her why she was here…what he wanted from her. She knew she wouldn’t like what he was going to say—any action made by this man had to be ill intended. However, all she cared about right now was getting home. If that meant she had to humor him for the time being, then so be it.

The Lord of Nightmares made his way to the stage. He stepped onto it then turned his back to the throne. It was twice as tall as he was, the back made of golden poles that were twisted together like a vine. It seemed to be reaching up toward heaven, like a lost soul begging for freedom from the fires of hell. He sat on the seat and placed his hands on the armrests. It was a perfect fit, as if the throne had been made for him. The chair brought the power of his position to the surface. Before, he was just an alien with the name lord. Now, he was the Lord of Nightmares. He raised a hand slightly, motioning her to stand before his stage. She did what he wished, not wanting to anger him again—she was quite sure a second time would not end with just an evil look.

“I wish to play a game with you, Madison,” he declared.

What? Madison half expected him to pull out a game of demonic monopoly. In all the childish nightmares of her youth, she never envisioned the boogeyman jumping out of her closet one dark night and screaming, “Let’s play twister!” There was something about it that didn’t ring true to the whole demon persona he was evoking. Madison studied this “Lord of Nightmares” with an uneasy eye. It couldn’t be that simple…it was never that simple. “What do you mean?” she asked after a moment.

The smile that came to his lips confirmed her suspicions. This was not a game of monopoly. Oh, no. This was a game of cat and mouse. She had a feeling she was not the cat in this scenario.

“The fear of God strikes sinners at Midnight. Be weary of these Lost, their lives dangle on the Bell. Amongst them is an Ace, wearing a martyr’s badge. But don’t think to die for this Ace without the right of passage. Above all things, remember Silver can only get you so far. For even a cat is limited in the attempt to cheat death.”

Madison stared blankly at this imitation of human life before her. What did he just say? What did it mean? Madison couldn’t even find the words to respond. How could she when she didn’t even understand what he said—beyond the point of it being English words in an order that appeared to be sentences?

The Lord of Nightmares laughed. “The point is to decode the meaning, Madison, and then act on it.”

All Madison could do was nod.

“Win the game and you can go home.” He paused, his eyes seeming to consume her. “Lose it and you are home.”

Madison felt an artic chill fill her body. What had she gotten herself into? She stared at him for a moment. “If I refuse?” she asked, desperate for the opportunity to back out.

He smiled. “Refusal is not an option, Madison.” His smile faded, his pupils seeming to narrow into slits. “Should you choose to become Lost, that is your choice. You won’t be alone. Just know the consequence is to exist until the inevitable arrives.”

“And I’m guessing the cat line in your riddle implies I have nine chances to accomplish my goal.”
His eyes twinkled with a childish delight as a cryptic smile formed on his lips. “You will be a great competitor, Madison.” The lord paused then said, “It is late. Nearly five AM.”

“Yes.” He paused then added with a slight smile, “I tend to work during the night hours.”

He laughed. “Don’t be silly. Dracula’s obsession for crosses, garlic, stakes through the heart, and the sun do not apply to me. I have other, true obstacles.”

“Why don’t you work in the sun if it doesn’t harm you?”

He shrugged. “Because the darkness automatically triggers something in a human’s mind. They frighten easier. Their heart beats a little faster. They’re most vulnerable while it is dark.”

He let that sit with her for a moment, let it soak in—unnerve her. Then, with a smile that made her anxious, he said, “It is time for you to enter the game.”
“But I don’t know what I’m doing.”

He smiled, his sharp teeth seeming to sparkle in the light. He didn’t say anything. He didn’t have to. His look told her he didn’t care. He thought it was time, and, therefore, it was time. He clapped twice, the noise sounding like gunshots as it echoed against the walls. Madison couldn’t help but jump at the sound.

Within seconds, Anthony opened the doors and led her back to her room. Madison soon lay in her bed, mind racing. After a moment, she sighed.

She had never feared a man before in her entire life. If he wanted something from her, she knew it could not be good. There was one thing she knew. If she were to live to see her family again, she would need a stronger will to survive than she previously thought capable. Madison took a deep breath. “Stay strong, Madison,” she whispered. “Your life depends on it.”