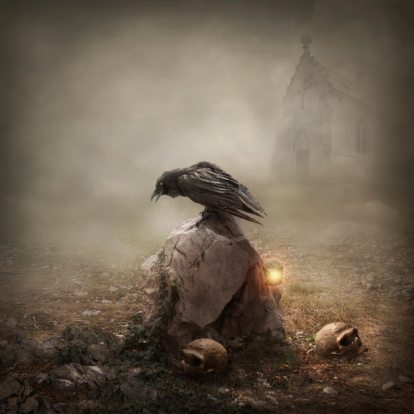 …“How about that tea?” Lut suggested with a shrug.

Her curls bounced as she shook her head. “No, we need to do this…before,” she darted her gaze around the room, “before I lose my nerve.”

Lut clasped his hands in front of him. She was not as interesting as he had previously thought. He sauntered to the kitchenette. “Do you mind if I do?” He turned, his back to her. The teapot felt warm to his touch. The water steamed, sizzling against the tea bag. Lut paused, making sure to hold his back to her. He removed a vial from his sleeve, squeezing the red liquid inside. He stirred with his index nail. He slurped at the remnants on his finger. Just right. He turned. “You sure? It’s quite tasty.”

Lut took a slow sip, staring at her over the rim of the glass. “So,” he continued when done. “What troubles you?”

Lut sipped. The metallic taste hovering behind the herbs. He loved tea.

She continued, voice trembling. “He’s going to take my son. Says I’m unfit. Moving to another state.” She was clenching her fists, hiding her professionally manicured nails.

“Of course you are not unfit,” Lut soothed. “You walked miles in the woods at twilight to meet an unearthly being, after all. That shows wonderful judgment.” Lut sipped again.

She nodded, apparently not hearing his judgment. Lut smiled, clutching the cup between his hands. A lack of wisdom. It was the only thing keeping them from complete domination. He must find another dimension if they ever put it together.

“Can you help me?” She fidgeted, glancing at the door. Such a delicate flower. Tender. Yes. He was sure of it.

Lut clicked his tongue. It wouldn’t take much. Minimal effort. Besides, he could gain from this exchange, he knew. Lut set his cup on the countertop. It was child’s play, really. The smallest of demons could do it. But only he could think of a way to capitalize on her request. He pointed a long nail her way. “Are you sure you are so troubled? You can reconcile later, when emotions are not high. After all, once done, what you ask cannot be undone.”

“Yes,” she answered much too quickly. “There is no other way.” Her lower lip trembled. “My son is my life. I can’t lose him. That’s why I’m here. I have no other choice. They leave tomorrow.”

Lut smiled, teeth fully showing. He raised a hand, waited—felt the universe. The moment was almost here…now. He snapped his fingers, causing her to jump. He could hear the car window break. He wants the car. Get out. Men yelled. A gun shot exploded in the night. A boy cried. Lut groaned, satisfied.

Lut nodded, bringing his hand back to his side.

She moved toward the door. Lut bounced into her path. The woman clutched her purse tight, taking a step back.