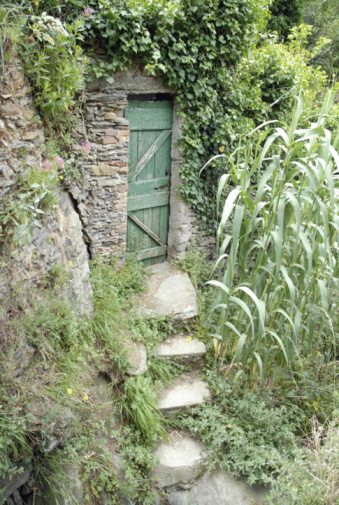 ….The door swung inward, bringing with it the autumn breeze, sweetened by the decay of oak leaves. Her chocolate hair drifted with the flow, pushing her soft perfume his way. Big brown eyes took him in, long lashes blinking away her startled

jerk. It was the green, scaly skin. Humans always reacted to the sight of it. He personally didn’t like translucent tan, but he didn’t make a spectacle of their looks.

She was well pampered, he mused. Must spend hours getting ready, hours reading the latest fashion trends. Her designer wool jacket buttoned tight, trimming her curves. Her jeans hugging every inch of her. Painted face, eyes dusted to look smoky. Her brown curls would call to the opposite of her kind, for sure. She shifted her feet, looking ready to bolt. Oh, yes. Humans don’t like it when he stares.

He smiled his best welcome, but she brought her shoulders up cowering, backing away slightly. It’s the yellow teeth. He forgot. They don’t like that either. “Welcome,” He said, recovering. She eased at the sound of his smooth, relaxed voice. He had taken centuries to master it. They didn’t like high-pitched, squeaky voices either. His line of work, he had to set them at ease. “What brings you so far into the mountains?”

“I…I need something. I was told you could help.”

Lut smiled, no teeth this time. “Well, come out of this chill. I was about to pour some tea. You should have some. Tell me your troubles.” He stood to the side.

She hesitated. Why had she come? She still looked like she wanted to flee. She was questioning being here. Yes. She doubted. Maybe she would run. He wouldn’t mind. He liked when they ran. Quickly, she stepped through the threshold. Lut bounced slightly, then hid his joy. He must be careful. A skittish species for sure. She walked on wobbly legs. Her gaze darted back and forth, taking in his cave. Bookshelves built into the walls, a straight-backed chair next to them. Lut bit his lip when she turned to face the kitchenette. Don’t see the jars: fingers and toes, frogs and squirrels bobbled in clear liquid. He didn’t question their pantry, but they would cringe at his. She was looking, but not seeing. Her senses too stressed. No oven or stove—he never understood the concept—but had a sink and cupboards. Her footsteps echoed until she stood on the Oriental throw rug. A trade. Cost him one soul. It was a bargain…so many pretty colors.

“It reminds me of Hansel and Gretel,” she mumbled, turning.

Lut sighed out his tension when she did. “Are they relatives?” Careful. She can still flee…even though he closed door would hinder it some.

“No,” she said, raising a brow at him. That’s when he caught a whiff of it, the stale vinegar scent that hovered beneath her pores. An addict. Interesting. Too hard to say which type. They all smell somewhat similar in the early stages. May three months in?

“How about that tea?” Lut suggested with a shrug…