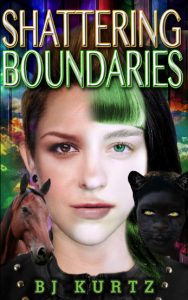 “She wondered if finding her purpose in life would even matter if she lost everything in the process.”

Chloe always existed with labels: PTSD, Eating Disorder, and Reactive Attachment. Ever since she was a child, she fought to overcome these labels. That is until Tess, a spirit with her own labels and the magical scars to show, invades her dreams and tells her the traits she tried so hard to overcome are incredible gifts. Chloe must embrace her differences to help battle against a darkness seeking to invade reality through possession.

When what's at stake is the life she worked hard to build, Chloe and Tess must learn to trust each other and let go of the past that haunts them. If they can, they have a chance to defeat a darkness that is already far advanced in their plan for power and destruction. If they can't humanity will be shattered. 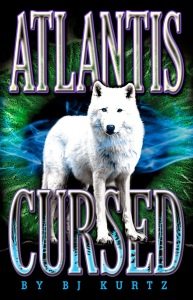 The Curse of Atlantis takes place on a planet where Atlantis has been given a second chance at life. Members of the country accuse a small child of being their curse due to her unique ability to transform into a wolf. A king, wishing to regain power, murders her family, and places her into the army to be exploited in a devastating war. Knowing that an innocent life is in danger, a religious-centered committee calls upon the only man capable of handling such a challenge.

As he hesitantly takes the assignment, he will find himself fighting against the different kings who gain control of Atlantis, while performing his job within the army and pleasing the wishes of the watchful committee. Together, these two lost souls will try to find their way through times of turmoil without falling victim to the curse’s increasing reputation and the child’s forgotten past.   READ MORE 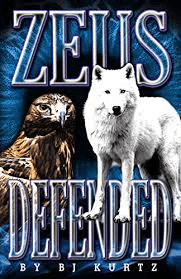 When the war with Atlantis was over, the country of Zeus swore to never allow a foreign country to divide them again. Jocasta, head of the President's elite Imperial Guard, was no different. Bred to believe that loyalty and honor were more important than life, she served her country without question...that is until she lost someone close to her under suspicious circumstances. Yet, in a country on the brink of another war, Jocasta must serve while coming to terms with what true loyalty means.

In this follow up to Atlantis Cursed, readers will follow Pandora, newly appointed Atlantis Ambassador, as she comes into her own outside of Nicias' shadow. In her first major assignment, she must keep Atlantis from falling into another war alongside Zeus while understanding that sometimes differences between cultures can be strength, especially against corruption that threatens their lives.   READ MORE 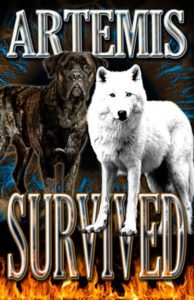 “He may express a quiet disposition, but he can turn into a curse on your little island. It is in his nature as a son of Artemis.”

Artemis has always been a country of darkness and unexplored land. Their pirated war ships plagued any sea travel and their reputation for human sacrifices discouraged even the bravest explorers. But, when the missing son of the Imperial Chief is found in Atlantis, an opportunity for peace presents itself. Pandora—a rising star amongst the Atlantis ambassadors—is assigned to escort him back to Artemis and negotiate a treaty. To be successful, Pandora must juggle the wishes of her own General and Senate, discover the hidden agenda of Artemis, and come to protect a boy with his own secret dangers.

As Pandora travels deeper into Artemis territory and culture, she learns success is not as important as survival in a mission that seems doomed from the start. After all, the Artemis reputation does not compare to their deadly reality.   READ MORE 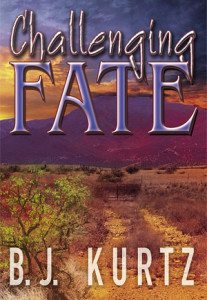 "You can't change the course of fate without consequences"

Just out of college, Morgan instantly found herself orphaned and the guardian of her 14 year old sister, Joanna. When fate brings her to a teaching position in the small Arizona town of Sierra Vista, Morgan thought she could finally piece their lives back together. But, as they become entangled with the Montgomery family, who have their own haunting history and supernatural talents, she soon realizes the darkness of life can be consuming. Morgan must uncover the Montgomery's secrets before fate destroys them along with their chance for happiness.

The Lord of Nightmares 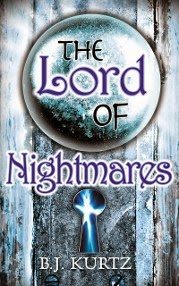 "Everyone has weaknesses. And there are beings out there who feed off those weaknesses until there is nothing left. They would haunt your dreams if you knew the ease with which they could destroy your life."

What if this world was haunted by supernatural beings who toy with people’s lives for sport? Madison never questioned events in her life until her friend, David, commits suicide. Years later, a man walks into her life with answers to all her questions, but this is no ordinary man. He is the Lord of Nightmares, part of a supernatural species conducting the ultimate quest for power with human pawns. She will find the answers to her questions come at a price. When what is at stake is her soul, there is no room for error as Madison enters a game of wit against the Lord, best of his kind. Before the game is over, she will come to understand that only one question is worth asking: What will I do to survive?
READ MORE