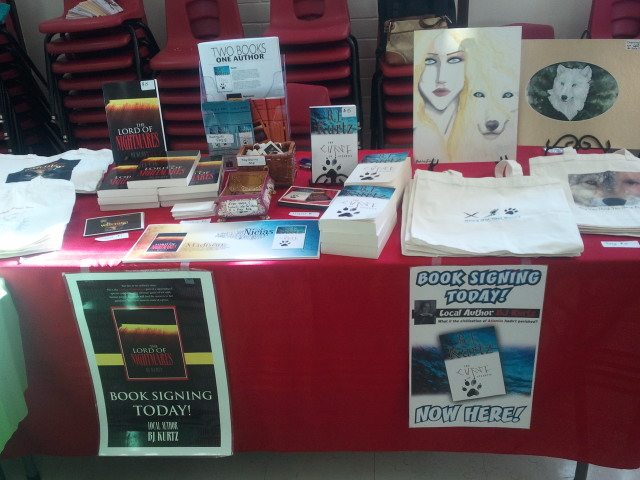 When I entered college, I was undecided on what degree to pursue. I always knew I wanted to write novels, but there is no set job for that. It’s more freelance and hard to do full time for even the most prominent of writers. So, I set off to college for a degree, fulfilling society’s requirements after high school. There was no way I could talk my father into a creative writing degree. I didn’t want an English degree because I wasn’t sure I wanted to be an editor for my day job. I was interested in a literature degree—although I have no idea what I would have done with it—but it was only at Arizona State University. For a small town girl, this was a little scary. So, I entered the business college at Northern Arizona University. I had imagined I could use the degree to get a job in the book industry. It didn’t take me long to figure out the majority of the topics didn’t appeal to me.

So, after two years, I took a personality/career test. I laughed at the results. The top five were some sort of teaching field (none of which math, which is what I do now). But I remember being baffled at “Entrepreneur.” I took it to mean one part of me was meant for business, but I really should go into teaching, so I did and immediately enjoyed school again. On days I struggle with the teaching profession—the stresses, the requirements, the misbehavior—I think back on that one business result. I used to dream about opening a restaurant, like that would be an easy solution. It wasn’t until this weekend that I realized this result has nothing to do with “business” in the traditional sense. 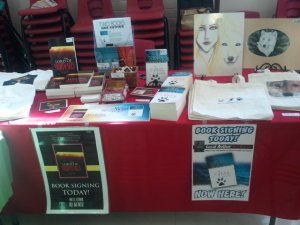 Writers, I realized, must be Entrepreneurs. But, instead of running a building and people, they are selling themselves. We are the traveling salesman, carrying our boxes of books to different locations in the hopes of success. At the signing I did this weekend, I had someone ask why my publisher doesn’t market for me. Part of my answer sounded like a playground child, but the other part was simple: any publisher will ask the authors to sell their work nowadays. They just don’t have a big budget for it. Some publishers do more than others, but authors can’t just stay in a room and write. They have to get out and sell, too. This is scary for someone who prefers solitary.

We have to think of marketing tools and advertising. We have to think of branding and getting our name out there. We have to “think outside the box” doing things others do while making up our own paths in hopes of hitting something big. We are Entrepreneurs. Knowing this, I am glad to know that, while I struggle, I have a piece of this characteristic in me. It will suit me well in the profession I continually choose to pursue.