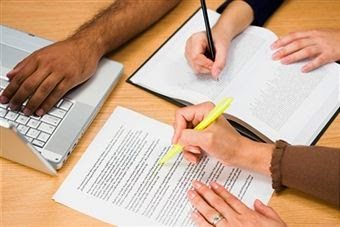 I think I mentioned before, I basically went from children’s books to adult when I was growing up. I have recently started reading YA when I am no longer a teen. But, I find life is pretty ironic at times. Yet, one of the novels I remember reading as a young teen was the detective series where I could choose the path of the story. I remember I may read it forwards, then have to turn the book upside down and start reading from the back depending on the decision I made. Do you remember those?

I know that it’s a random thought, but most of my random thoughts come from somewhere. This one comes from The Voice. I promise, it’s related. I love watching this show. Like other “voter” shows, it has an interactive element to the outcome. However, last season they introduced the “instant save.” Not living on the East coast when the show is “live,” I actually hate this aspect of the show. But it’s where the bottom 3 are announced, sing one last time, and then people go on Twitter to “vote” for their favorites one last time. The person with the most votes is then saved. I’m not too broken up about it because I wouldn’t vote anyway, but the idea of changing the ending of the show in an instant is intriguing.
Last year, another show Hawaii 5-0 introduced the “fan” show. In this show, they had alternate endings with different villains. As the show played, fans voted for who they wanted to be the bad guy. The ending was then adapted to what the fans decided. Again, I actually tape this show and watch in on my DVR, so I didn’t really get involved in it. But it must have been popular because they did it again, only I think this time the fans went on a website before it aired and voted. I started to wonder if the “choose your story” was coming back into popularity.
As a reader, I don’t quite understand the obsession. I may like to predict an ending to a good book, but I don’t really have an interest in deciding the ending. However, this could be because I write. If I wanted to create a story…well, I would just write one. It is probably one of the many ways that being a writer makes me different than a “normal” reader. So, I have to wonder if this is something I wouldn’t read, but is worth writing because many would read it.
That brings up another question for me. How hard is it to write a “changing” story? Even if it’s just the ending that changes, I can’t imagine writing a story that would fit two different endings and make it all flow naturally. It would definitely be a challenge, but maybe something worth pursuing. What are your thoughts? Would you enjoy the interactive book?