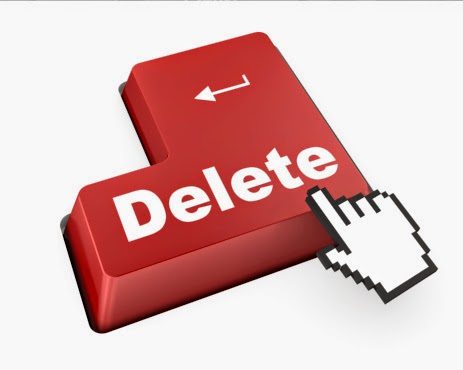 In the original version of Zeus Defended, I showed Pandora meeting Pythagoras. In Atlantis Cursed, Pandora is credited for setting up a treaty with Zeus when she had fled the country. In later revisions, I felt it was better to start in the current Zeus and Jocasta’s story instead of wasting time in this back story. Again, this is a little rough in the prose because it was cut early, but here is the deleted scene of Pandora meeting Pythagoras in the International Greeting Room:

“Make yourselves at home,” a deep voice said from behind. Thoricus and Pandora turned to see the President standing behind them. He wore slacks with a silk shirt and a matching sash tied around the waist. He looked young, despite his older age. His eyes reminded Pandora of something, but she couldn’t put her finger on exactly what.

“I was surprised when I heard who was here to visit us today,” President Pythogoras said. By his demeanor, this could have been a casual conversation instead of a political agenda.
Pandora shrugged. “I thought it would be nice to see how our old friends were doing.”

Pythogoras smiled. “We’re doing better now. It was tough.” He paused, then added, “Nothing like your curse, I assure you.”

Pandora tried not to flinch. She forced a smile and shrugged. “The curse has been defeated. Now, Atlantis is trying to heal the wounds left behind.”

“I can understand,” Pythogoras said, trying to play the sympathetic role although the way he slowly tapped his fingers against the back of the chair suggested a lack of interest.

“And what about your country? What have you overcome?”

Pythogoras shrugged. His attempt to belittle the problem failed, Pandora could see right through his politics. “Oh, nothing much. Right after the war ended, we discovered it was all in vane.”

“What do you mean?” Thoricus asked.

Transferring his gaze to the captain, the president said, “The whole thing with the assassination of our princess not being the work of Aphrodite like we suspected. Turns out you all were right. A militia group within the country of Persephone claimed responsibility for her death.” Pythogoras laughed softly. “You’d think they could have mentioned it before we went into a four year war that devastated, as well as embarrassed, us.”

Thoricus shrugged. “I think that was their intention.”

Pythogoras studied him a moment. Pandora couldn’t tell if the president didn’t appreciate the comment or was just taking in the truth of it. Finally, Pythogoras nodded. “Yes, I believe that would fit them just right. Anyway, this news shattered an already broken nation. It didn’t take long for King Nike to be overthrown. Since then, we have had repeated troubles with the Persephone government. But I won’t bore you with the details. The point is, Persephone will soon learn their lesson and this whole thing will be over.”

Pandora smiled. “Well, I’m glad. Both our countries deserve to be happy. It was a mistake to go to war, but mistakes can be corrected.”

Pythogoras hesitated, then asked, “What exactly are you suggesting?”

“I don’t know if you are aware, but I am…” Pandora paused, her voice suddenly failing her. Quickly, she regained herself and corrected, “was married to King Sebastian. Since his death, I have taken control of Atlantis.”

Pythogoras smiled. “Ah, but I keep track of current events. Your country is in the middle of a civil war.”

“Yes, a civil war that the Senate will win.”

“And what weight does your word hold when the Senate regains power?” Pythogoras questioned with an edge of skepticism sharpening his voice.

“More than you think,” Pandora assured. “Look, Atlantis is wounded. From what I hear, so is Zeus. I think the best for both is to join forces once again and help each other gain back what was lost.”

Pythogoras thought about it for a moment then smiled. “Very well. I will sign a treaty with Atlantis as soon as the Senate regains power.”

Minutes later, President Pythogoras watched them leave. The second the door closed them out of the room, the picture belonging to Zeus swung open and an auburn haired woman with fierce eyes climbed out of hiding. She placed her shooter on a nearby table and approached him.

“Why make a pact with them?” she asked with a frown.

Pythogoras’ smile widened into a smirk. He transferred his gaze to the young woman. “Because, Jocasta, Zeus can benefit from such a power. With Atlantis on our side, there is nothing stopping us from declaring war upon Persephone.”

“Even with Atlantis wounded?”

“Give them a year,” he assured. “They’ll be ready to prove to the world they are a top power once again.”