Deleted Scene from My New Novel 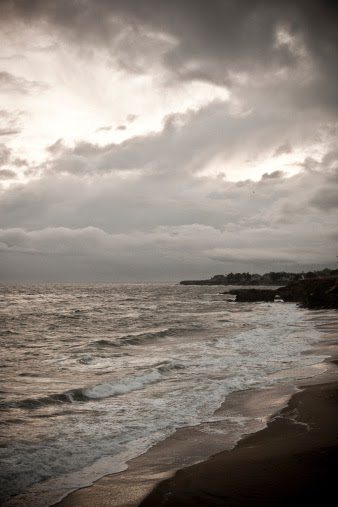 When I first thought of the story for Zeus Defended, I knew I wanted it to be an examination of Zeus after the war with Atlantis. The first book watched Atlantis tumble from this event and I knew Zeus would be worse. Some of you may remember it from Atlantis Cursed, except from a different perspective. Please excuse the roughness, it was cut early in the writing process:

The waves crashed crisply upon the shore, water splashing inches from the site. It ran up the bank then quickly retreated back to the ocean. Helios shown down on the beach, it’s rays heating the ground and bouncing off the water. It was early morning, but already warm outside.

The men walked to the lonely table standing in the middle of the beach. There were twenty of them, ten on each side of the table. The men stood tall and proud, but they all looked drained from the long war. On one side, the men wore dark blue dress uniforms with silver embroidery, their matching hats placed under the right arm. On the other, the men wore scarlet with gold embroidery, their matching hats also placed under the right arm.

Two men continued on while the others stopped several feet from the table. The Atlantis General looked up at the sky. “Beautiful day, isn’t it,” Scopas said, trying to break the ice between them.

The Zeus General gripped his red hat tightly. “Not from this side of the table.”

General Scopas nodded. Slowly, he placed his hat on the table, leaned down and picked up the pen lying beside a white scroll covered with black lettering. At the bottom, he signed his name, title, and country in one sweeping stroke.

When he was finished, he laid the pen down and sighed. Slowly he turned the paper around and slid it across the table. Standing up straight, he grabbed his hat and placed it back under his arm. “At one time, we were joined in an honorable friendship. Where one stood, the other was close by. I pray we will find ourselves friends again someday.”

The Zeus General looked up from the paper, the pen dangling inches from the page. His eyes held a look of hate and pain. Slowly he whispered, “Once the blood has been shed between two countries on a battlefield, they may never be the same again. Especially not two countries that loved each other, for it had to take much strength to break that love.”

They held each other’s gaze for a long time before the Zeus General looked down at the paper and pen. It was the hardest thing he had ever done. The pen seemed so heavy. He took a deep breath and quickly signed his name, title, and country; each stroke stabbing at his gut. When the surrender was finished, the General laid down the pen that robbed him of his dignity and raped him of his pride.

The Zeus General tore his eyes from the disgraceful page and looked into the eyes of his enemy. This man had killed his brothers, his boys. They may not have been of the same blood, but they were Zeus. This man could never be forgiven and neither could this war.

Atlantis and Zeus had the strongest armies of the world, but Zeus’ was the stronger. That didn’t seem to matter. Their strength couldn’t compensate for Atlantis’ good luck.

It sickened him to think that just a few months ago they were winning. Then they tumbled from the throne in front of the entire world. All that was left to do was humor the Senate’s request for peace. His king had no other choice.

The two leaders had signed the peace last night on Zeus’ shores, now it was his turn. Slowly, bitterly, he pulled out his dirty sword and laid it on the table. It was a ritual performed at every surrender ceremony. He had served in his position for thirty years, his sword remaining by his side.

It didn’t hurt too much to give it up after all this time; he wouldn’t need it anymore. He could be expecting a visit from his king’s men once his boat returned home. After all, the Zeus never fail.

The Zeus General turned on his heels, making an indentation in the soft sand. he walked briskly past his officers and down the beach to his ship, the others following with bowed heads. They reached their boat and boarded for the long journey home.

The General watch the shores of Atlantis grow smaller as the hours passed until it could no longer be seen over the horizon. He sighed, turning his back to the sea. As he stood there, he began thinking of what it would be like to die. It was a reality he would face once he returned. He had disgraced the country of Zeus, and that was unacceptable. At least he wouldn’t be around to see the effects the war would have on Zeus. Atlantis had their curse to overcome, and Zeus will have their own.

Zeus Defending will be available through Amazon this Friday! In the meantime, you can catch up with Atlantis Cursed.