Confessions of a Quitter 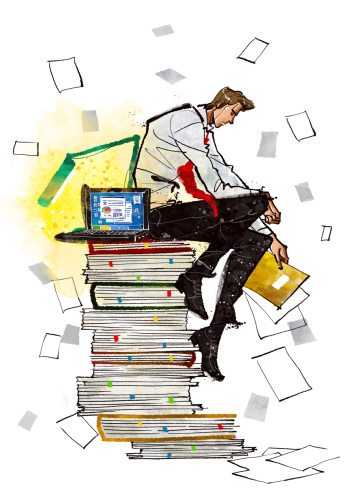 So, I know the title of this blog is a little dramatic, but I wanted to sit down and write a few confessions down. I remember going to writing conferences and listening to women in their 60’s and 70’s who had given up on writing due to the demands of life, only to return once retired and regret the years they spent away. At the time, I remember thinking that I would never be that way. Then, I turned 30 and my life became more demanding (and I don’t even have a family yet!). I had no more “time” and writing was put on the shelf.

This happened before when I went to college, but something was different this time. So, here’s my confession. About a month ago I had decided that I was going to stop writing. I wasn’t reaching my goals (which are probably still a little too outlandish). I was struggling to find the time anyway. And, let’s face it, life would just be a little easier. Imagine. No more book signings. No more haphazardly trying to figure out how to market. No more editing and social media. No more writing. The thought used to make me cry, but this year I was ready to give in.

Then, on my long commute, a scene from the novel I had abandoned began to take shape in my mind. I realized what I had already known…I am a writer. That is a part of my design. And it is something I don’t think I can ever “turn off.” I happened to flip to Barbara Walter’s special on the most fascinating people and I saw Michael Strahan. He said something that struck me. She asked if he was a natural talent (in football and on television). He said no. He worked hard. And then he said he thinks so many “natural talents” get passed over by those who work hard.

This really hit home for me. I had always heard that the persistent win. I had also recognized that the world honors those who work hard…most times. But I had never thought of the alternative. Natural talent won’t get you there. You won’t just be “discovered” one day if you patiently wait, because, after all, you’re talented. Why are there so many bestselling books out with writers who are arguably not the best? Because they worked hard. That’s the requirement. So, the reason I gave up is also the requirement for having a shot at persevering.

The question becomes, am I willing to accept that it is just a shot? Am I willing to accept that I may work hard and never reach my full potential? As a self-proclaimed perfectionist, this angers me. And yet, sitting in that car living in a world I created…that is who I am. It is not a choice for me. For me, the question is: can I live with myself if I never even tried? Today, that answer is no. And, I hope that is how it remains.