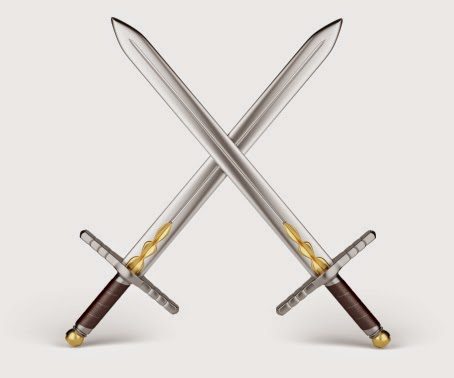 My childhood is best forgotten. It is something I have spent my life trying to over come. But, I guess we can never avoid it. It is always there. I will forever be Nicias of Gaea, which just reminds me of where I came from. My family was pretty poor growing up. I wouldn’t say I went to bed hungry, but most nights I was not full. Most of my childhood, I worked in the fields with my father. He was a tough man. How could he not be? He worked hard to provide for his family and yet could not fulfill our needs. I think it ate at him. He distanced himself from us after some time. Then, I think he grew to resent us. His life would be better if he were on his own. Soon, the debts became too much for them. I was sold for labor. Everything after that should be left unsaid until Clieto and her judgment day.

2. What are the pitfalls of having powers? If you had a choice would you become human? Why/Why not?

There is so much talk about Immortals and their abilities. The world tries to define us as being different. I’m not sure we really are. Do I live longer? Sure. Do I heal faster? Sure. Can I do some things that are impossible for “humans.” Yes. But I am still flesh and bone. I can still feel pain and sorrow. To separate myself from the human race is to separate myself from humanity. People start doing that and they start to believe they can use us. Armies start to see us as weapons. Citizens start to either fear or worship, but ultimately resent us. Separated from the human race, we become something that must be tolerated or obliterated.

I am human. Do I like having my powers? I guess. I never knew a different life. I can’t even imagine not having my skills. I have learned to use Telekinesis to enhance my fighting. Could I be the same soldier without it? I’m not so sure. People certainly hold me on a pedestal because of it. It grants me more influence than I think I’d have otherwise, but I’d like to think I am nothing special because of it. I’d like to think it is just a small part of my presence. I’d say the only pitfalls result from the fear of those who disagree with this thought.

3. What was it like suddenly having to watch Pandora?

I have lead men into battle and felt responsible for their lives. But with her…it was different. It was more pressure than I even felt before. She touched me somehow. I guess it was because she was so innocent when I agreed to help her. She was so young and had seen such evil, more than even I had. It wasn’t right. I guess that’s what drove me. But I still contend there were others better suited for the job.