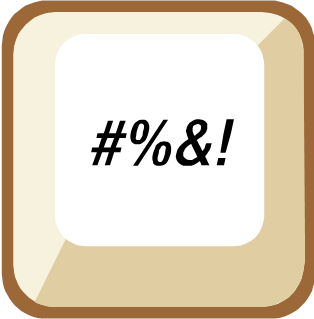 I read a blog last week that suggested fantasy novels shouldn’t resort to characters who swear by modern standards (I tried to re-find the article and of course couldn’t). It’s not an ethical debate. It’s a matter of enhancing the period of the piece. I actually agree with this assessment. Part of what annoys me about HBO series is the language. I dislike it not because I am “proper,” but rather because having a medieval King drop the F-bomb is distracting.

In literature, the job of the writer is to encourage a suspension of disbelief. In other words, my job is to make my readers forget they are in a made up place with made up people. Fantasy has a little more room to play than other genres like mystery. I can have a character jump over a ten foot wall and not have my readers question the action because that’s how I’ve set up the world. If it was a typical case on CSI…not so much. This goes a little backwards when discussing the action of swearing. In a mystery, a character with a potty mouth does not ruin the “reality” of the book. Yes, there is debate by writers on whether making a character swear is part of his “characterization,” and if it needs to be written, but that is a completely different debate.

In fantasy, the worlds are different. The trouble with a character throwing a modern swear word into the mix is that it brings the reader back to reality. If I have a modern phrase, then I am in modern times and if I am in modern times there then really shouldn’t be wizards and dragons. The same can be said for clichés. I once had a character say “Don’t freak out, okay?” Sounded okay in my rush to throw the scene down, but was picked up in my critique group. That’s too modern. She’s supposed to be from a completely different world similar to our 1700’s. That phrase didn’t work, it ruined something.

The article suggested playing with the time piece to create new swear words. I did this for The Curse of Atlantis. People are called “son of Cerberus,” a three headed dog of the underworld. Still a dog…and still not something someone would want to be the spawn of. Nor would my characters like to be called “minotaur,” a human with the head of a bull.  “Cerberus Waste” is another one I liked to use. I think it added flavor to the book, sticking with the time period. For example, Harry Dresden in the Dresden Files always says “Hells bells.” Again, still swearing, but in a “wizardly” way, which enhances his character.

What phrases would your characters use? What swears would they rely on? Or, is there a phrase you read that struck you as interesting? It is a pain to think about sometimes, but well worth the effort. Sometimes these little things go a long way when enriching a piece of writing.