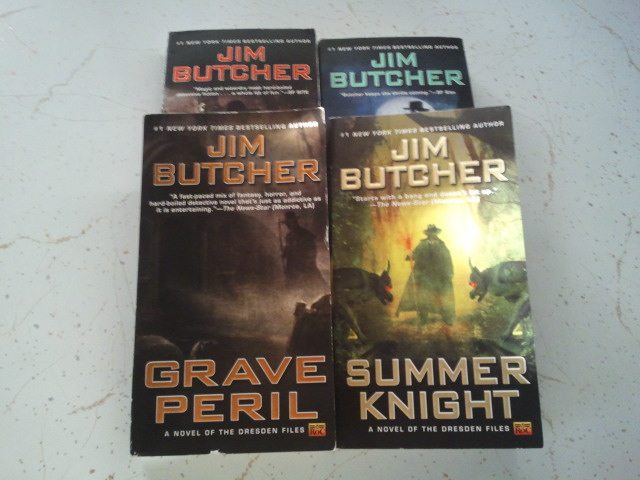 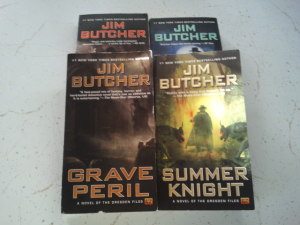 I have mentioned the longest series I’ve read before, partly because I absolutely love this series, but also because I am proud of the accomplishment. The series is Jim Butcher’s Dresden Files. I actually read them on my Kindle, and am behind on purchasing the book copies. Yes, I am one of those people.

I am proud because when I was in elementary school, I refused to read Harry Potter for one simple fact: it was 7 books. That felt like too big of a commitment. (Now I say I can’t read them because I’ve seen the movie so know how they end) Anyway, I just finished the ninth book in the Dresden series and laugh at my previous assertions.

I don’t think I could get away with not reading series if I was a teenager today. It seems everything is at least a trilogy. So, maybe if Harry Potter came out today, I would have chanced the seven books. I still can’t read the entire series back to back. My attention starts to waver and I have to take a break. But, I have found another longer series by Ilona Andrews called the Kate Daniels series. Good so far. Maybe in a year I will be far in two series. My teenage self would be marveling!