Why Do Books Get Banned? 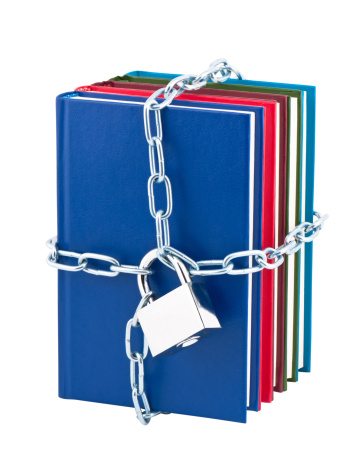 The last week in September is banned books week. It always surprises me what books are banned and the reasoning for it. As a writer in the fantasy and paranormal genres, I often feel judged by some at signings. A lot of times, it’s a “oh, I don’t read that genre,” or “I have to have something more reality based.” That’s fine with me. My father is actually the same way. It has to be realistic…and people changing into animals is just not realistic enough.

But, then there are some who actually wrinkle their noses a little. I know Harry Potter was banned for “promoting” sorcery. I shake my head at this. When did people stop stretching their imaginations? Harry Potter is basic good versus evil. Does the universe happen to have wizards? Yes. But if that’s all a reader sees, then I will contend they are missing so much value in the story itself. It has so many good morals, missing them as a result of the wizardry is a shame.

I was having a conversation with someone about the “powers” in my books. My response to any question about where I stand is this: I think it would be super cool to be able to move things with my mind, however I do not go out and worship the devil to obtain this. In fact, I think anyone who sees that in my work is looking for it. In that case, I can write about butterflies and they will still what they want.

I think most who ban books are honestly trying to “protect” children from something that they see. I guess my bafflement comes from the way I was raised. It was made clear: this is fiction. It is not something that I can achieve in real life.

I think some books are banned because of content, but people forget to see why the content is there. What is the author trying to say? For instance, Anne Frank has been banned for numerous reasons but most center around the situations she went through. It’s a shame, because in each case there is a great lesson to be learned. Other books are banned due to language, sexuality, or violence. But, is that really different than “teen” television shows? Where are the protests for these?

I guess it comes down to personal preference. Does the book’s content bother you? If no, then read it. If yes, then don’t. Censorship, in its core, is a group dictating their preference on others. In school, I can sort of see this. Everywhere else, let individuals decide…and don’t judge if they decide against your opinion. That’s always the safest route.