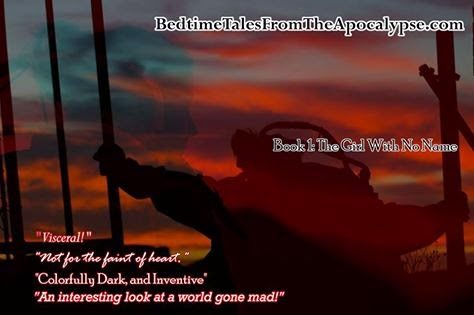 As part of my interview series, I asked local author Michael Hammor to invade my blog. Here’s his interview:

First off, BJ, congrates on getting “Zeus” published. My name is Michael Hammor. I’m the author of the dystopian paranormal series, Bedtime Tales From The Apocalypse. I just released the third book July 12th. I write what I know. This series is basically short stories, episodes if you will, and once finished will comprise the novel, Daughter of the Apocalypse.

I’m a military veteran with a decade of service. Most recently I spent the last four years as a civilian contract instructor training soldiers. I was laid off because the President decided my services were no longer required. He doesn’t want to win this war, obviously. Add his actions towards the economy to the immigration problem, and we are fast approaching the world I write about.

I was laid off in September 2013. I have been unemployed ever since. It is a daily struggle to make sure my family has what it needs. Our struggles come out in my writing.

1. What lead you to write a post-apocalyptic story?

Brenda, I write what I know. I can’t completely make up anything, which is why you won’t likely see any dragon or sword fantasy work from me. The apocalypse is my greatest fear. I believe we are fast approaching the point of collapse. It’s a fun exercise to examine an asteroid strike or a zombie virus as the causal events that herald the end of the world. It’s not realistic. I developed scenarios for a decade for military officers. It’s rarely as simple as a single event causing anything. Think of it more as a cascade effect, or dominos. When the end comes, it will be from the combined effects of Greed and Selfishness.

The actual nucleus of the first book started scratching at my brain when I was deployed in 2008. The Girl would not get out of my head. I kept seeing this raven haired young girl walking down a highway. I saw her bringing bandits to their final judgment. The Girl With No name struck a deal with me. If I told her story, she would leave me alone. However, the story keeps getting longer and longer.

We used to prepare for a disaster. We had months of food stored. We had thousands of rounds of ammo stored. I had forty something gallons of fuel stored. We prepared for the most likely scenario, a personal Economic disaster (PED). It happened. We have none of the food left. I still have ammo left, the fuel was used to get our RV to where it is now, in the desert. I don’t care to think what would have happened to us if we had not prepared for a PED. Everyone should have at least a month’s worth of food, just in case. That means at least 60 meals per person.

We are in the books. We drive an RV to escape the riots and plagues that are sweeping the population centers. Our experiences are written with some fictionalization for dramatic enhancement and reader enjoyment. I leave out the boring parts like hours of staring into space trying to figure out how to provide for my family.

2. Do you find your experiences in the military helps your writing? If yes, how so. If not, then what do you draw the most from when creating?

My military experiences heavily influenced my writing. I don’t think I would be writing today if it wasn’t for the hardships and sorrows I had to endure; that all soldiers endure. I don’t discuss it often. It’s very difficult for me to address that time in my life. My family sacrificed so much. I left my baby girl still small enough to not be talking or walking, her head bald like a cue ball. I came home to a little person that talked and walked and had a head full of blonde curls. That moment when I came home, and she woke up and looked at me and said “Hi, Daddy!” will forever be the best and worst moment of my life.

3. You write a series of shorts. What struggles do you find when creating plot? Do you sometimes regret what you did in previous releases, or do you basically have the entire thing outlined before you started book 1?

The Girl With No Name originally started as a stand alone short story. It was written for me and me alone. I needed to get the movie in my head to stop playing. I think I wrote the first draft when I was deployed. I hand wrote it. It was very different from the story you have now. It evolved. The plots for the rest of the series weren’t put down on paper until I was done writing Book 2: Aluminum Butterflies. I knew where I wanted to be at Book 6. I know how Book 6 ends. It was getting there in an intelligent and coherent manner that was the problem. My buddy Jeff that edits all my books for free, helped me get my thoughts in order. My other buddy Carl Price was a great sounding board and has actually loaned me two of his characters from a series he is writing.

The character of Lazarus was originally all mine but we have been changing him with every book so he is a closer match to Carl’s character. I do have some leeway as my books take place in the distant future of the two characters.

I don’t regret anything I put in the previous books. Book 1 and Book 2 are almost capable of standing on their own. I shouldn’t run into any trouble since I have outlined the next four books to make sure they align correctly. It’s very similar to my military work. When deployed I had to think many steps ahead, try to get in front of the enemy and what they were doing. It’s not that dissimilar to writing fiction. I used the facts I know, human behavior and psychology, and predicted what the enemy was going to do. In writing these books, I use the information I know or have made up, human behavior and psychology, and outlined what my characters are likely to do on their way to book 6. I am very precise and almost OCD about the process.

4. You recently ranked top 10 in one of Amazon’s lists. What marketing strategies do you contribute to this accomplishment? 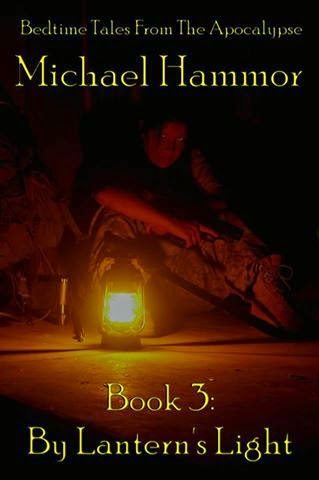 I made into the top ten in a few categories. I made it into the Number 5 slot for Kindle’s free dystopian titles with my last free promotion. During the same time period I made it into the top 3 in Kindle’s paid One-hour Sci-Fi and Fantasy category with book 2, beating out two titles by Terry Brooks. Book 2 also ranked above Stephen King, but I can’t remember the category. My mother was very proud as Stephen King is her favorite author. Just keep in mind that Kindle ranking are fleeting and almost real time. They won’t be anything near those if you checked now. I took screen captures! They are like baby pictures for you books. You can show them to your books when they are all grown up. “Oh look, do you remember when you beat out Terry Brooks for the first time?” On my last free promotion, I tried so hard to knock Catching Fire down a notch or two but it only got up to number 6.

As far as marketing strategies I have two websites, one for me and one for my books. I post regularly on my blog and facebook. I use twitter. I leveraged a few forums I have been a member of for years. I used to advertise heavily in facebook groups but now I have changed my strategy. I actual participate and talk to people. I give advice when it’s warranted. Eventually people buy your books or ask about them. People largely ignore ads. I know I do.

I have utilized the services of AskDavid.com, but it’s too early to tell if it helps. I rely mostly on my own hard work for marketing and promotion. I participated in a ‘Take over’. That’s where you take over a facebook page or a blog and talk about whatever you want. You are basically running the group. I started by engaging my audience by asking about what books they liked and we talked about inspirations for writing. I ended with plugging my work. This is a good strategy because the participants learn to like you. Then I believe they will be more inclined to read your work, since they have invested time in getting to know you. The takeover was last minute so I didn’t get enough time to promote it heavily.

Shortly after that I piloted a table at a local Farmer’s Market. The traffic just wasn’t there. We had four vendors, including myself. I had the model for my book covers there with me selling jewelry. My model is a young homeless woman from my area that we try to support. She captures the essence of The Girl With No Name. Only someone that has known true adversity, tragedy, and sorrow could have captured what I wanted to see in her eyes. We are very active in the local homeless community, being technically homeless ourselves.

5. What is the number one piece of advice you would give to someone wanting to publish?

Write, right now. Don’t wait! You will forget! Write for yourself, write for them, just write! Read, a lot. Don’t read for entertainment. Look at the structure of the words. Look at the way dialogue is written. Study it. Copy it.