Are There Any Strong Female Leads in Science Fiction and Fantasy? 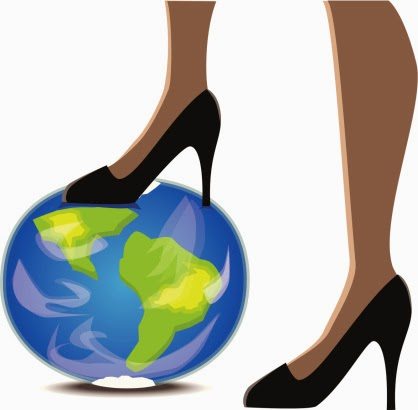 I read an article on a discussion group online this week that posed the idea that current cinema won’t portray “strong” women in science fiction or fantasy films. I immediately thought of all of the strong women I love to read in literature.

Lieutenant Karen Murphy in Jim Butcher’s Dresden File series is a very strong woman. She is not only physically fit, but also portrays confidence. She’ll grab a gun and fight vampires right along Harry’s side and that is totally cool.

Then there is Kate Daniels in Ilona Andrew’s fantasy series of the same name. Again, this girl is confident and can kick some serious butt. In fact, without spoiling anything, she has to prove her worth in the hierarchy of a Shapeshifter community and does so with dramatic flair (while not portraying herself as too superhuman).

But, the article mentioned specifically movies.

So, I had to think a little harder. With some help, I did find “strong” women in modern film. The first is Lara Croft from Tomb Raider. Okay, so the first film she was highly sexualized with humungous (hurt my back just looking at them) boobs—although, I believe this was to match the video game. In subsequent films, she was more normal looking. And, interesting at least to me, they might have sexualized her a bit, but she never really hooked up with anyone…and still kick a lot of butt.

Then there’s Buffy the Vampire Slayer and Zoe from Firefly. Again, both of these women were not overly sexualized, they did not fade into the plot, and they remained a strong influence. Now, Buffy did have a romantic relationship with a vampire on the show, however this did not stop weaken her. Both women held their roles and established their dominant presence on the show without the need of a male lead to support them.

During this same debate, another article was brought up where Neil Gaiman is interviewed on this idea of “strong women” and why they are lacking in film. I actually like his position. Women are just people. When talking about Buffy the Vampire Slayer, Gaiman raises the question of whether she was strong because she could kick through doors. He says those who believe this are missing the point.

So, I started to ask myself. What does “strong woman” actually mean?

Here’s what I came up with. A strong woman has confidence. She can lead people through difficult situations because she believes in herself. She is smart and wise—because these seem to be different ideas. I don’t think strength necessarily means she can beat up the boys. In fact, I don’t mind if she has a boy by her side helping her fight, but what makes her strong is that she won’t back down. But I think compassion and softness can still be strengths. She’s a girl, after all.

My only hope is that people can say the women in my books are strong and don’t simply serve to propel male characters forward.