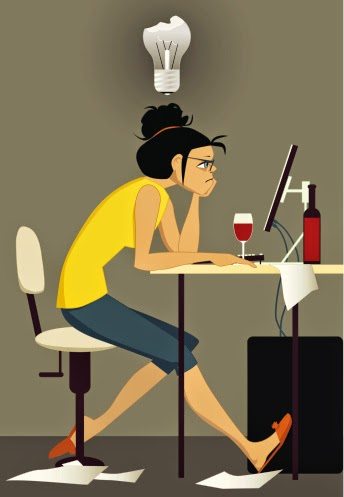 I was thinking about doing a characterization this morning on a character I’m developing. That got me to thinking about my change as a writer over the years. It’s surprising to think how drastically I have adapted. Most think that writing is some sort of routine that we are somehow born with. But it really isn’t.

When I first started, it was all about the passion. I think that’s because I started writing as a teenager. I once had a friend say I write teenagers so well. That’s because everything is important, life/death, career-ending situations. The world is out to get them and they are on their own—that’s pretty much the mentality. I think I poured that passion into my writing. I was addicted to the flow of words and my emotion. Yet, very little was placed on where I was going with a story or who my characters were.

There is something to be said for writing that way. It certainly radiates emotion from the page. But finishing a story was a struggle. I’d “write myself into a corner” or I’d fight with people who said the path wasn’t making sense. I was too invested in the experience that I wasn’t paying attention to what I was writing.

As I moved into my twenties, I started looking at the plot. I wanted to be unpredictable, which meant I had to look at the journey a little more. For most of the time, I was still focused on the passion flowing within me through the words. But I had more of a focus. Yet, I still bucked the “planning” system, thinking it would stifle my creativity.

As I move into my thirties, this view has started to change. I realized a lot of the issues with plot go away when there is a plan. I’ve discussed before that I had to gut the middle of The Lord of Nightmares after my first attempt at writing it. The main reason was because I really didn’t have a set idea of what I wanted to discuss. Was this a love story between The Lord of Nightmares and Madison?—believe it or not, that was the first idea. If not, then what was this? Who were these Nightmares? What was their purpose? What was I trying to say? Once I defined that, I took off with a new idea.

I’ve seen the importance of research to answer these questions. I can define my civilizations more. I also have learned techniques for characters. I was having trouble with one until I analyzed them.  That character came alive. Writing his scenes became easier because I knew him. I knew exactly how he would respond and what he wanted to do.

I wouldn’t go as far as to say in embrace all plot, character, and mapping outlines. But, I have started to identify the strengths of the basics. Who knows? Maybe my forties will be finally giving in to the entire outline. Writing is a process and as such is ever improving.