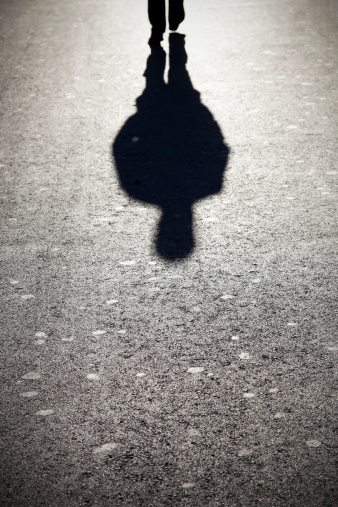 In honor of Halloween, I thought I’d write a short update on the darkest character I’ve written: The Lord of Nightmares. And, before you get your hopes up, there are no plans for a sequel. So, enjoy this two part update:

The city of sin. The city of lights. It goes by many names, but in the Nightmare community it’s simply called city of pawns. Most bottom dwelling Nightmares just turned will travel to Las Vegas for an easy mark. I rarely travel here. It reeks of desperation. I’m better than this city. Someone of my skill needs more of a challenge. Taking somebody on their last hope, somebody plagued with their own demons I did not create…. It’s like a hunter going after a sick deer. There’s just no sport in that capture.

But I heard she was here. And she is not desperate. Or, at least I certainly hope not. I did not let her go so she can ruin her own life. If that’s the case, I might need to kill her. She’d be wasted talent. I can’t stand wasted talent. Sure it’d be against the rules. But I’m the Lord of the Nightmares. What are they going to do to me?

Cars bolted past me, exhaust rotting the air. People scurried past; some in khakis with cameras hanging from their necks, some clutching business briefs, most holding onto the last hope that this was the day their luck would change. I can hardly smell here, it all floods me, calls to me: desperation, love lost, soul on the brink of breaking, and all in one place. Like a buffet of candy bars and pie and everything sweet. It’s overload.

But, I close my eyes. Time to focus. I don’t want them. I want her. I take in a breath. Slow and steady. Separate the pathetic. Separate the easy target. It takes three breaths. In and out. Rhythmic. Methodical. Then a flavor touches me. It stirs inside my core. Something familiar. Something that grabs me in a way none other can: the smell of a walking Nightmare. She’s always had that smell. Familiar to my kind, and yet human. She will never admit it. But she is already mine.

I traveled the street. Pawns passed me unnoticed, as it should be. But she. She was different. She saw me when I was invisible to everyone else. It’s been five years and yet I still wait for another to meet my gaze. I test them. Look into their vacant eyes. But they are all pawns. They are all useless. They are all dull. Smells drift past me: the rot of burdens, the vinegar of jealousy, the sulfur of hate. Sure, today they cover it in costumes and make up. They try to pretend to be dead or princesses or whatever idols they currently worshiped. But it doesn’t mask their scent. It doesn’t change who they are.

I reach a small building down a side street. She’s not on the main strip of blaring lights and sounds. That’s good. Maybe this isn’t as bad as I thought. Maybe she hasn’t disappointed me after all. Then the smell stops on one small building with a steeple. A small, crooked sign is spiked into the ground right in front of the building. Pink letters on a white, flaking painted background: The Small Chapel of Love. A makeshift paper sign was stapled to the bottom. “Today only, get married and a coupon for a half-priced divorce.” I didn’t understand the need of an exclamation point at the end of that, but I often don’t understand human behaviors that are of no use to me.

Lights gleamed at me as I stepped foot past the threshold. Nothing tingled my skin. Nothing burned my soul. That should say something about this building. But, then again, I am the strongest of the Nightmares. I can take on any force. If I kept walking, two thin doors greeted me. Pink and white lights drifted through the cracks. I could hear men talking. Sounded like contract language. Not important.

I followed her scent until I came to a small wooden door to the side of the building. I revealed my presence as I pushed the door open with a creak. She stood in a white, lacey dress. It followed her curves, stopping just before her knees. She was clipping the last strand of brown hair away from her face. It was a silver clip with lots of sparkles that glittered against hair flowing past her shoulders.

She felt my presence immediately. Her shoulders tensed and she straightened. When she turned her green eyes met my gaze without falter. She did not cower. She showed no fear. But she never had. She was a true competitor. It could be wishful thinking, but I believe I caught a twinkle in her eye.

I pulled tight on my lips forming what they call a smile. Social obligations, I suppose. “Hello Madison.”

To be continued on Friday.